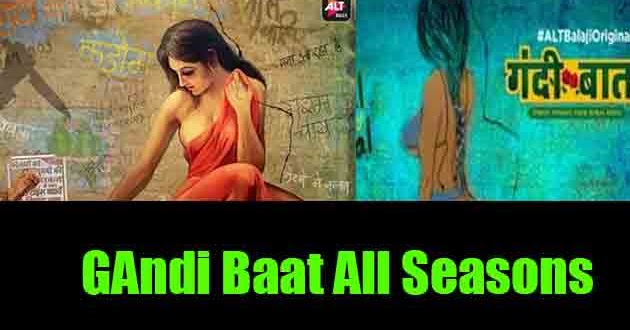 Gandii Baat Web Series Season 1 has 4 episodes in total. all the 4 total episodes of Gandi Baat Season 1 have different stories and different characters. 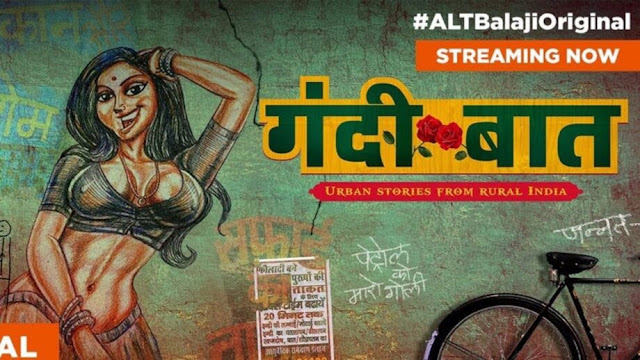 Translating to “Pervent Uncle”, the story narrates the tale of Rajendra, who finds deep pleasure, convenience and comfort with the use of technology. His behavior does impact the life of his wife, son and even daughter-in-law in the long run.

As weird as the plotline of this episode might sound, it deals with the lack of satisfaction in the women’s lives in the village from their partners. Someone, the incidence of a mysterious snake fills up the void, claiming better dominance on the lives of the women.

It might come off as a lot progressive but this episode can be a bit disturbing to watch. Narrating the story of Preeto, she is a woman who not just rules and dominates her household but also the men around her. Alarmed by her dominance, charm, and position, her son-in-law, Gogi tries to challenge her but fails irrevocably when he tries to claim her womanhood.

Gandii Baat Web Series Season 2 Episodes
below are the names of all episodes of gandi baat web series season 2.

The story revolves around Neeta, who is devastated when she finds out about her husband’s involvement with Sajeeli. But, things do take a turn for even worse in the story when Sajeeli makes an impossible stake for Vaibhav to fulfill.

Next up on the list of the episodes in the second season is the Jadui Mahal which is a mysterious fort in a village that no one dares to go inside. Taking upon the challenge, the village sarpanch decides to enter the fort and things change completely after that.

The story tells you about the desperation of Bhushan who badly wants to get married to Seema. She is somewhat intimidated by her fiance’s personality. Unable to take the constant pressure, she decides to take things into her hands and teach him a lesson for life.

Next up is a story that narrates the life of Dugga, Sachi, Heera, and Soma, who take on life challenges and learn to distinguish between love and lust through some of the age-old traditions. It does have everything you need in one episode.

The last episode of Season 2 narrates the story of a truck driver, Kishan Chand. Waking up after being unconscious, Kishan finds himself in a very weird room, unable to escape and only then does he realize that he has been kidnapped and married.

It is hard to give a logline for this episode but it does include a host or a family of boat drivers who have a very weird relationship with not just the villages but the boat too.

If you want to watch an episode that leaves your mind boggled, this is the one. This episode tells the story of Joginder who comes back home from Canada to attend his friend’s brother’s wedding. His name is Harpreet and he is getting married to a girl named Harpreet. The twist in the story comes when Joginder finds himself amid a few strange encounters with a woman named Harpreet.

The third episode of Season 3 is a very controversial one. It deals with a politician’s relationship with a prostitute named Sonam. Eventually, when the rat gets out of the bag, it creates chaos in the life of the politician’s family, causing a mishap on a train journey.

This is an episode that brings you chills and suspense because the story includes newly married couples boarding a bus for their honeymoon to a village that is supposedly haunted. There are also tales that buses vanish on the route on a certain day during the journey.

This is one of those episodes that don’t require a logline as you need to watch it to see it. Any mention of the plot will give away the climax, which is not something we want with our readers.

The episode is a very different one than the normal in the sense that it has a different kind of storyline. According to folklore, it is said that a woman cursed a village in which men and women have to reverse their roles for seven days in a month. Two men who marry the local women in the village don’t want to follow the rules.

As big as the title of the episode is, this is quite an eventful one. The episode narrates the story of a stand-up comedian named Jayant who despises his wife. Jayant, who wants to buy an almirah, meets Kamlesh, both of them becoming friends and then lovers. Upon buying and opening the almirah, Jayant finds the corpse of Kamlesh’s husband and she later reveals that she murdered her husband.

The episode introduces a group of beautiful women from the city who visit an agrotourism spot. While the unemployed men in the village are drawn to these women, their wives have a whole different gameplan in their heads to earn money.

The last episode of the show depicts the story of Kusuma who takes immense interest in s33uality but finds intercourse terrifying. Soon she meets a group of her lusty friends and finds ways to overcome her roadblocks and fears surrounding the same.

Episode 1 Who Killed My Wife